A Right to Rule?

An example may help motivate the question. Suppose some of your neighbors start a “neighborhood watch” group. They keep an eye on things, and from time to time they have even apprehended thieves and vandals. Let’s even assume they’re doing a good job.

Is it justifiable for the neighborhood watch group to levy and enforce taxes? 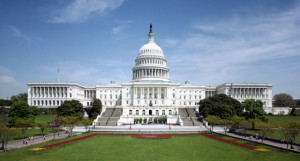 If we think that the “ends justify the means,” then as long as the security provided by the neighborhood watchers is more valuable than the resources they consume in taxes, they are justified in imposing and enforcing taxes. If you think the ends always justify the means, then you don’t need to read any further; the solution to the problem is simple. But if you don’t think that the ends always justify the means, you will be at least a bit troubled by taxes. How can taxes be morally acceptable, even when they are going to a good cause, given that they are imposed by force?

The famous political philosopher John Locke considered this question in great depth. He believed that taxes and other laws could be justified only by consent. If and only if all of us in the neighborhood agree to set up a government with the power to levy taxes, then we are bound contractually by its decisions. We have a duty to pay taxes to the government we consented to, and the government has a right to levy those taxes. Consent is necessary, because we all enjoy natural rights to life, liberty, and property, and no one may permissibly violate those rights. Taking property without consent is theft.

In his book, The Problem of Political Authority, the contemporary political philosopher Michael Huemer considers the necessary conditions for consent to an agreement. First, the agreement requires a reasonable way of opting out. If the chair of a board meeting says, “Please indicate your dissent to the budget by chopping off your right arm, otherwise I assume that you have consented,” failing to chop off your right arm doesn’t actually indicate your consent to the budget. That’s not a valid agreement, because you don’t have any reasonable way to indicate dissent: the chair has no right to demand your right arm. Second, the agreement must recognize explicit dissent as trumping implicit assent. If at the board meeting you say, “I’m not chopping off my right arm, but I do dissent,” then the chair needs to recognize your explicit dissent as trumping your alleged implicit consent. Third, consent to an agreement is only valid if the supposed consenter believed that in the absence of consent, her will would be respected. If the chair of the board meeting said, “Dissent to the budget if you want, but I’m going to impose it anyway,” then the fact that no one actually voiced dissent doesn’t mean that they don’t truly dissent. They might have not spoken up simply because they saw that it was pointless to speak up. Fourth, any agreement must involve obligations on both sides. If the relationship between government and citizens is a contract among equals, then government must recognize contractual duties to citizens just as citizens recognize contractual duties to government.

Now, does the United States government enjoy a “social contract” with citizens that meets these criteria? No. U.S. citizens don’t consent to be bound by the U.S. government’s laws merely by living here, because the U.S. government doesn’t literally own the property we live on. It has no right to demand that we leave our homes and emigrate as a condition of expressing dissent from being ruled by the laws. That would be like demanding that we cut off our right arms as a condition of expressing dissent from being ruled. Furthermore, lots of Americans do dissent to the laws and don’t recognize the government’s authority. Explicit dissent should trump alleged implicit consent. Next, the U.S. government doesn’t respect the rights of dissenters not to be bound by the laws. For instance, the U.S. government will still collect taxes from an American even if she explicitly denies any consent to be ruled by the U.S. government. Finally, the U.S. government recognizes no obligation to provide services to its citizens, as Huemer points out, and as has been recognized in court cases such as Warren v. District of Columbia and Hartzler v. City of San Jose. In the U.S., the “social contract” gives government all the rights and citizens all the duties.

Huemer concludes that Americans have not consented to be ruled by the U.S. government, and that the U.S. government therefore enjoys no right to enforce any laws that go beyond merely self-defense and defense of others (protecting natural rights). Taxes, for instance, are illegitimate.

This conclusion is surprising, and political philosophers have tried to find other arguments to ground a “right to rule.” Another view might be that democracy creates legitimate political authority: if a government follows democratic procedures, then it has a moral right to enforce its decisions. But that doesn’t seem correct. Imagine that your neighborhood watch decides to impose taxes and allow neighborhood residents to vote on the leadership of the neighborhood watch. That setup still means that those residents who don’t want a neighborhood watch at all or don’t agree to the procedures the neighborhood watch is using will be forced to support it. “Might” doesn’t make “right” simply because a majority is exercising the might. The democracy criterion also doesn’t tell us what to do when two democratic governments dispute which one has the right to rule a particular group of people and the territory they inhabit, which is what will happen if Catalonia votes for independence from Spain in September 2015, for instance.

The most plausible grounds for any government’s “right to rule” therefore seem to be what we started with: the idea that the ends justify the means. If government rule works out better than having no government, then this view would say that government has a right to rule.(*) But the ends-justify-the-means argument has some other curious implications. It would imply, for instance, that citizens owe duties to a government taken over by a drug gang, so long as that drug gang makes the citizens better off than they would be with no government. That’s a very hard position to accept.

We are left with a choice between two difficult philosophical positions: either the U.S. government and virtually all other national governments are illegitimate and we have no duty to obey them, or the reason we have a duty to obey them is also a reason we would have to obey a drug gang or an alien conqueror if they took power. Neither position looks attractive at first.

(*) Huemer actually thinks we will be better off with no government (anarchy). You don’t need to accept this view, though, to accept his moral critique of existing governments.