E3NE hosted its first Big Idea Policy Conference in Concord, NH, on November 5, 2015. We are grateful for support of Hon. Jason Osborne, Aaron Day, and State Budget Solutions, which made this conference possible.

The following is a thorough summary of the the speakers’ presentations and the question-and-answer sessions. Video should be available in a few days. 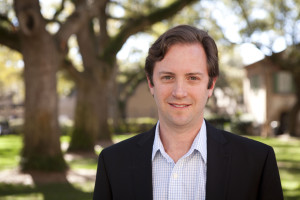 Doug Walker, Professor of Economics at College of Charleston

Doug Walker led off with a comprehensive summary of the latest research on the economic and social consequences of legalizing casino gambling. Interested readers should consult his 2013 book Casinonomics for further details. Download his slides here (PDF).

To summarize the main findings briefly, the research has found a consistently positive economic effect of casino gambling. For the average casino, possessing a casino appears to raise employment about 8% and wages about 1%. For the hospitality industry, those two effects are about 7.5% and 6%, respectively. Casinos are generally positively related to economic growth, especially when they are “destination casinos” as in Nevada and Macao. Casinos also help state governments raise tax revenues, although there appears to be substitution: when states raise casino taxes, the overall tax burden does not rise, because other taxes are reduced. The biggest economic benefits from casinos are probably the most difficult to measure: consumer surplus, that is, the enjoyment that gamblers get out of the activity beyond what they have to pay for the pleasure (the house take).

Brad Wimmer, Professor of Economics at University of Nevada

Brad Wimmer presented the results of a survey experiment on online poker. Download his slides here (PDF). The survey asked online poker players how much they would pay to play poker on websites with different characteristics. Three of the most interesting and policy-relevant “treatments” had to do with whether a website was state-licensed (versus one that was not), whether a website had above-average security (versus just average), and how many people were playing. The authors find that most players are willing to pay more to play on a state-regulated website, perhaps because they expect a lower risk of fraud. Players also pay more to play on more secure websites. Finally, they pay a lot more to play on sites with a lot of players compared to those with very few, but this effect weakens with size (a very large site will not be able to charge more per player than a merely large one).

Now that the federal government is allowing states to legalize online poker, some states have tried to set up regulations to permit it. So far the results have been disappointing: not many people log on to play. The survey experiment’s results suggest that the reason is that too few states have signed on yet. The main policy implication is that if it wants to legalize online poker, the New Hampshire legislature should join with several other small states to do so simultaneously and under the same rules, which will open up the websites to a larger pool of players. Also noteworthy is the fact that many Americans play poker on illegal websites using Bitcoin, and a state’s rules (and taxes) will need to be fairly liberal in order to attract players from the untaxed, unregulated sites. 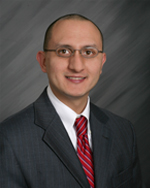 In the panel discussion, Scott Moody, State Budget Solutions CEO, made the case for privatizing the state lottery, allowing lottery competition, and using the proceeds to finance a transition to a new tax system that was more pro-growth, such as the business flat tax. The economists noted that the lottery appears to be more regressive than other forms of gambling taxes (poorer people buy more as a share of their income).

One of the major items of discussion had to do with whether the New England casino market was saturated. The evidence suggests that Pennsylvania’s casinos have drawn a lot of business away from Atlantic City. When Massachusetts’ casinos come online, the competition from a New Hampshire casino will be fiercer. The economists argued that the best test of whether the market is saturated is whether casino operators are willing to build new ones. If New Hampshire held an auction for a casino license, and no one bought it, that would be evidence indeed that the casino market was saturated – or that the terms associated with the license were too unfavorable (for instance, excessive tax rates).

The social costs of gambling came up for discussion repeatedly. One of the legislators in attendance expressed concerns about the extent to which casinos depend on slot machines for revenue and argued that these machines are particularly exploitative. Another legislator noted the efforts of lobbyists to persuade the legislature to legalize a casino. Would legalizing casinos increase corruption?

The economists said that the worst way to expand gambling is to hold a “beauty contest” among particular casino companies, and to allow the rules to be renegotiated afterward. Instead, the legislature should set clear, simple rules and reasonable tax rates sufficient to deal with the social harms of gambling (including problem gambling treatment) and stick to them. Instead of keeping discretion over which casino companies to favor, the state should simply auction licenses to open casinos, which will both provide the state revenue and allocate the right to open casinos to the companies valuing that right the most (that is, those that expect to be most profitable). If slots are particularly exploitative, they could be banned or tightly regulated even as table games and/or their video analogues (video craps/poker) were legalized.

One of the attendees said that New Hampshire could support online poker on its own, because on any given day, about 200 people are playing charitable games at Rockingham Park. Another responded, however, that most of those 200 are Massachusetts residents, who will moreover stop coming once their own state’s casinos open.

One issue that came up for discussion at various points was whether the new casinos in Maine and Massachusetts will attract New Hampshire residents anyway. If that is the case, New Hampshire may experience some of the social harms of expanded casinos without any of the economic growth and tax revenues. Opening a New Hampshire casino could be a way of capturing some of those benefits.

Another issue that came up was a social gambling exception, which New Hampshire does not have. It is still possible to be raided, arrested, and jailed for playing a low-stakes poker game with friends. Doug Walker said this still happened regularly in South Carolina. Although moral values differ, he said he couldn’t see an economic rationale for banning these types of games. 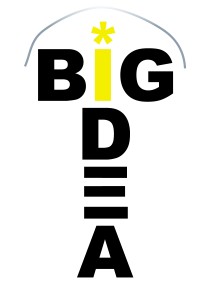 It seems to me that the economic evidence alone does not provide an irrefutable argument either for or against legalizing casinos. Some people have moral reasons for prohibiting gambling, believing it to be an absolute evil or kind of fraud. Others have moral reasons for legalizing it, thinking that individuals should be free to spend their money as they desire. Economics cannot solve this dispute. However, the economic evidence makes us more aware of the tradeoffs that are involved in public policy decisions like this one. I learned a great deal from the conference, and in particular, it made me more skeptical of the argument that we should oppose a bill containing a hard cap on casino licenses on “crony capitalism” grounds, so long as those licenses are auctioned off in the open market rather than allocated to politically influential insiders.