Human progress requires both markets and private property rights. Take a look at these charts of human population, gross domestic product per person, and life expectancy over time. 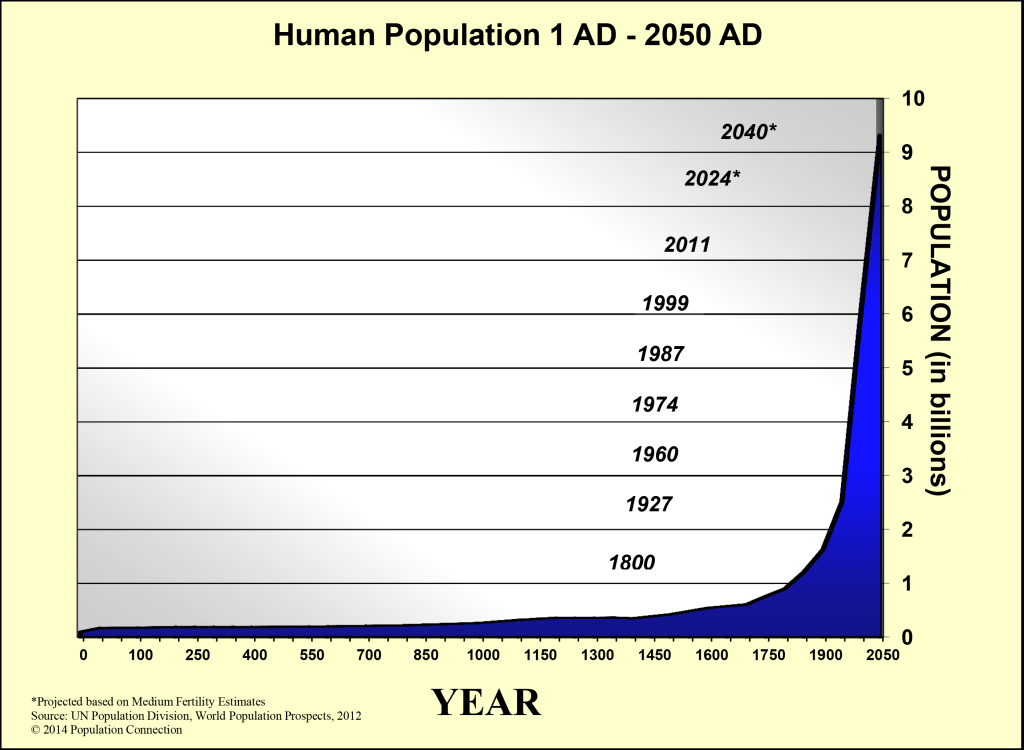 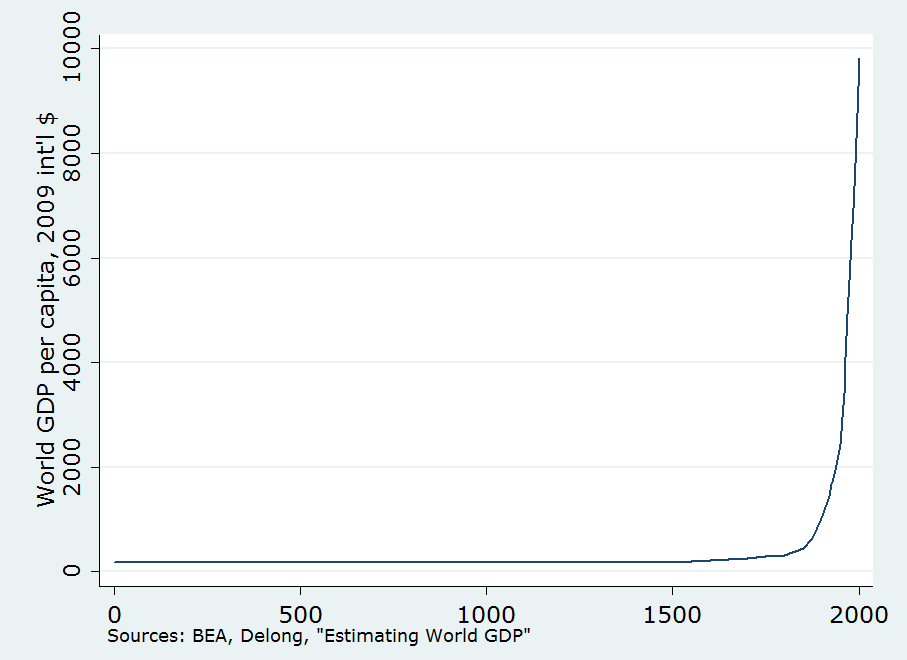 Life Expectancy at Birth Over Time

Human population, prosperity, and health started to rise, bit by bit, with the expansion of markets and trade from 500 BC to 500 AD in the Mediterranean region. Then it started rising again in late medieval and early modern Europe. The real explosion occurred, however, after 1800, and is associated with the Industrial Revolution. In each case, the expansion of markets drove human progress, and property rights were a critical ingredient in the recipe.

To see this, look at how China has grown since abandoning totalitarian socialism for a more market-oriented model, in which some people can move freely to new places, start businesses, and even become wealthy. China’s growth success has been so significant that it has driven down world poverty rates substantially: 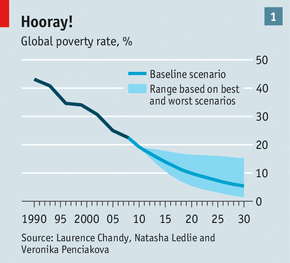 The number of people living on less than $1.25 a day in today’s money has declined from 88% of China’s population in 1981 to just 7% by 2012. Over 660 million people in China have risen out of poverty due to the country’s economic progress.

In their research, MIT economist Daron Acemoglu and Harvard economist James Robinson have found that “protection from expropriation risk” correlates statistically significantly with per capita income across countries, and the effect seems to be causal. In other words, protecting private property rights promotes economic growth. The plot below comes from one of their famous articles with Simon Johnson: the X axis shows degree of property rights protection (higher numbers are better), the Y axis shows income per person. 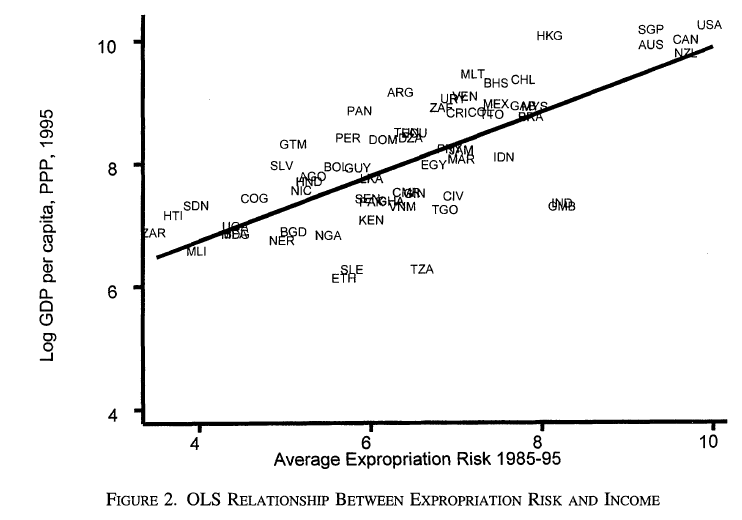 Protection from Expropriation and GDP