There’s No Such Thing as a “Will of the People,” But There Is a Public Interest

Last week, I discussed the book Gaming the Vote by William Poundstone with the Ethics & Economics Challenge students at MVHS. It’s a nice, readable book that drapes some heavy-duty political science in engaging story-telling.

One of the concepts we discussed was the Arrow Theorem, discovered by economist and mathematician Kenneth Arrow. The Arrow Theorem shows us why there’s no such thing as a “will of the people.” An easy way to demonstrate this is to imagine majority voting among three people over three alternatives, for instance, voting on what to decide to do with their Saturday together. Arnold prefers fine dining to an art museum to a baseball game. Betty prefers art museum to baseball to dinner. And Charlie prefers baseball to dinner to art. In the comparison between fine dining and the art museum, fine dining wins (Arnold and Charlie beat Betty). In the vote between fine dining and baseball, baseball wins (Betty and Charlie beat Arnold). And in the vote between baseball and the art museum, the art museum wins (Arnold and Betty beat Charlie). So the group as a whole prefers dinner to art to baseball to dinner to art to… Basically, the group has no rational preference. 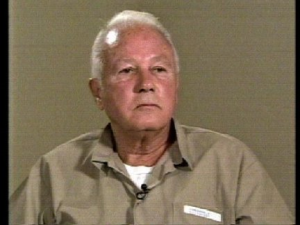 Edwin Edwards – After his 4th term, he was again convicted of bribery

The Rochester political scientist William Riker, in his book Liberalism Against Populism, thought the Arrow Theorem had profound consequences for democracy. Democracy doesn’t express the will of the people, he said, because there is no such thing. Democracy is valuable, if it is valuable, because it helps protect people’s freedoms better than dictatorship. When politicians claim that they’re doing “what the American people want,” they’re wrong, because there’s no way of knowing what the majority of Americans want. (“Which majority?” Arrow might ask.)

Saying there’s no public will or social welfare is not the same thing as saying there’s no public interest. Poundstone starts off his book with a discussion of the 1991 Louisiana gubernatorial election. Louisiana has a runoff system that lets the top two candidates from the primary election, regardless of party, go to the general election. (It’s sometimes called a “jungle primary.”) The top two candidates in the first round of Louisiana’s election were a convicted felon and corrupt, three-term former governor Edwin Edwards, a Democrat, and allegedly reformed Nazi and KKK Grand Wizard David Duke, a Republican. Duke said he’d “found Jesus” and fooled enough people to scoot past the incumbent governor, Buddy Roemer, in the jungle primary. Neither Edwards nor Duke had much support outside their core constituencies. Edwards and Duke each got about a third of the vote in the primary, and Roemer a little less. In the general election, Roemer endorsed Edwards, and so did many other Republicans, printing bumper stickers reading, “Vote for the Crook — It’s Important.” Edwards won in a landslide.

Even outside Louisiana, the “spoiler effect” can ruin elections. George W. Bush likely won the presidency in 2000 because Ralph Nader sucked away votes that would otherwise have gone to Al Gore. In 2010, the Democrats ran several unknown candidates on a “Tea Party” line to suck away votes from Republicans.

The spoiler effect in our first-past-the-post election system seems to go against the public interest, because it leads to downright irrational outcomes. It can’t be in the public interest to be forced to choose between a felon and a Nazi at election time. It can’t be in the public interest for the two big parties to fund third-party challenges against the other side, leading to outcomes that many of those third-party voters themselves wouldn’t want. Alternative voting rules for single-winner elections, like approval voting, won’t give us the “will of the people,” but they can at least prevent “gaming the vote” and the absurdities that result.