The Price System: One of Man’s Most Important and Least Recognized Inventions? 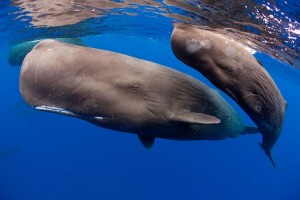 In the early 1980s, a businessman turned economics reporter named Warren T. Brookes published “The Economy in Mind”, a work of discernment the title of which employed a wonderful double meaning. Mr. Brookes was entreating the reader to keep economics in mind, and he was hinting that economics is driven by the application of human minds to fulfill individual needs in a world of limited resources. It is the inventiveness of the human mind, he argued, that allows for things in nature to become useful “natural resources” for mankind. It is this inventiveness that lets people discover what works best for them, to turn away from less helpful, less efficient things, and turn to new discoveries that might work better. It is man’s mind that lets people test inventions, and, through individual trial and error conducted on a mass scale, determine those things that will increase their living standards.

As Mr. Brookes observed, what is stunning about many of these breakthroughs is that they come about through one invention which many people don’t realize is an invention…

In our first session with students at Merrimack Valley High School, E3NE’s Jason Sorens and I offered something to consider: that men and women through the ages have invented tools to make their lives better, easier, and to decrease their toil. We discussed the fact that even prehistoric people divided their labor to allow those who were best or more inclined to do certain tasks to focus on those. This division of labor allowed for surpluses, which facilitated barter. We also discussed the fact that barter becomes complicated, and so people invented something else. It might not have been intentional, but through trial and error, via multiple exchanges and experimentation, ancient people created a trading system based on items that were more widely desired: things like precious metals, pearls, certain kinds of precious stones, even measures of grain. Money was invented, and allowed for easier trading.

As Mr. Brookes might have said, the invention of money led to another fantastic breakthrough, something that allowed men and women to not only trade, but allowed them to create and relay information about the value of goods and services to others… something that was the focus of our second session with students…

In our second session, Jason and I discussed this creation. It is called The Price System (also known as The Price Mechanism), and it has allowed people around the world to see ever-revising metrics regarding the demand for, and supply of, resources, goods, and services.

Imagine, in a world of scares resources, men and women created a system that would let them see how much others valued the toil, time, and myriad items required to get things from nature and from other people that would improve their lives. That’s pretty amazing, and speaks to the natural tendency of humans to try to better their conditions.

The Price System incentivizes people to move away from wasteful endeavors and apply themselves in areas that will help others. It allows people to see whether a demand is increasing or a supply is dwindling, whether demand is decreasing or a supply is increasing. And each of those pieces of information helps people decide whether to enter a market, increase the stock of something, decrease it, or leave something to be relegated to the dustbin of economic history. In fact, the system actually allowed sperm whales to survive, for as the cost of hunting the diminishing whale population grew, people saw that alternatives might be less expensive. New opportunities opened for research and development of new technologies, such as the refinement of petroleum into kerosene, that would replace the increasingly expensive whale oil people were using to fill lamps.

The Price System allowed people in the market to see that a cost of something was high enough for entrepreneurs to begin developing formerly higher-priced alternatives. The Price System signaled to suppliers that people in the path of a hurricane placed a new, higher value on bottled water, offering new suppliers a chance to make a profit, and thus incentivizing more people to provide the product to those in need. As a result, water shortages could be averted.
Thanks to the Price System, supply can be attenuated to match demand, market participants can make decisions about what best fits their needs, and resources can be allocated in ways that they cannot without the essential information revealed through free trade.

Again, imagine… Imagine a world in which people could not make their own decisions about how they valued something.

How could valuable resources and essential services be provided to the degree that people desired them? How would people know when to change their behavior?

Some believe that the pursuit of profit is evil. But don’t buyers and sellers both pursue profit? Don’t buyers engage in purchases because they place a higher value on the item or service for which they are trading than the money in hand? And are they not “profiting”? Certainly, the seller profits, but the seller of the item is also the “buyer” of the customer’s money. He gives up something, and the other gives up something in return, and each person utilizes his own mind to determine if it is beneficial. If, later, it is determined that the trade was not, neither person will be inclined to engage in it again, and will look for others with whom to trade. Like the human nervous system, the human trading system tends to avoid pain and hardship and be attracted to betterment and pleasure.

But some believe that trade must be controlled. They believe that maximizing profit based on property ownership and exchange is bad, and that the Price System can be controlled by authorities other than those involved in each transaction.

Yet the Price System relies on private property and individual decisions made by those who control their own lives and the things on which they apply their labor. How could the Price System work without recognizing the primacy of private ownership?

The system could not work, and in our next E3NE meeting, we saw real, historical examples of why economic systems break down when they are not based on the valuation of private property.
And that will be our next exploration here in print!