This year, Ethics and Economics Education of New England (E3NE) was kind enough to ask me to join Professor Jason Sorens and fifteen Merrimack Valley High School (MVHS) students to explore many of the great philosophical and economic ideas of history.

In our first gathering, Professor Sorens and I began with what might have seemed an unusual topic, the Simple Machines of Classical Antiquity: the inclined plane, the wedge, the lever, the screw, the pulley, and the wheel and axle.

Although these inventions were recognized by the Greek philosopher Archimedes in the Third Century, B.C., they were, by no means, invented at that time. In fact, we explored how even Paleolithic Man used some simple machines. 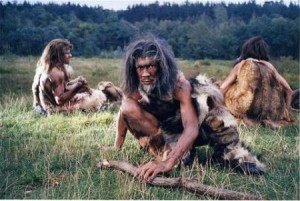 But why did early man use them? And why did we begin our story here?

The answer, we and the students concluded, could be seen in the fact that simple machines like the inclined plane help people work. The inventions – whether created intentionally or as part of an organic process by people who just recognized the mechanical advantage such devices brought them – helped people get more for their effort, letting one man do the work of two or three, allowing them to have more of the things that made their lives better and more pleasurable. The tools helped people prosper.

This awareness then could be applied to what people all over the world seem to do when they engage in work. They want to get more for their efforts, not less. And, just as they use tools to help them, they tend to concentrate on what they do best, and avoid what is most arduous or gives them the least return for their efforts. This tendency, we noted, led to the division of labor, barter, competition, and even the development of a more universal means of exchange: currency. And competition for sales drove prices down, allowing more people to acquire the things they desired for less effort.

“But,” we asked ourselves, “Couldn’t competition or tools drive some people out of their jobs? We hear about jobs lost to foreign workers and new inventions a lot. What if a local worker is displaced because a local buyer is no longer frequenting his shop, and is, instead, buying from another town or another nation, or using a new invention? Shouldn’t there be some kind of safeguard against that? Wouldn’t unemployment rise and society be worse off?

To address these questions, we looked at a brilliant piece called “The Parable of the Broken Window”, written in the 1800s by French economist and philosopher Frederic Bastiat.

In it, Bastiat encapsulated the idea promoted by a politician of his time. The politician expressed the belief that a storm was a good thing. He claimed that it had brought work to his town because it had broken some windows in the area. According to this theory, the local window glazier would now get work, and he would spend that money to help the economy.

So, in his eyes, it was “good” that people be given work. The hardship of another was a blessing to the economy.

Wisely, Bastiat noted that this view missed important points. He stressed that we had to think about what was “seen and unseen”. Certainly, the glazier would get work. But this would be done at the expense of something else that the homeowner would have preferred to have done or to have purchased. As a result, the owner is stripped of the opportunity to make his life better via the purchase he might have planned. As Bastiat noted, we don’t improve peoples’ lives by running about breaking their windows.

In fact, by taking away the opportunity for people to trade with others as they see fit, by restricting them from buying elsewhere, by blocking technological invention, we are, in essence, breaking their windows, or taking away their inclined planes – forcing them to work harder than they needed to in order to get what they want. Bastiat’s piece lets us see the lost opportunities, where money would have naturally flowed if the owner had been able to spend the fruits of his labor it as he saw fit. This, in turn, would create new business opportunities, and new job opportunities – an expanding economy due to freed-up capital.

The division of labor and voluntary trade are like inclined planes, giving us more for our efforts and freeing up new opportunities for betterment.

But how does voluntary exchange show others, outside the exchange, how much people value certain products and resources? What process lets the shop owner tell others his preferences and allow suppliers to attenuate their output to more closely match customer demand?

The system known in economics as the price mechanism, determined through trade, has been shown to have been essential in allowing human beings to peacefully coexist, quickly coordinate supply and demand, and prosper over distances that ancient people could not even imagine.